Imagine, if you will, a small farmhouse. A store that sells produce grown at the property. A husband-wife team who run the show. Let’s go over to the house – it’s old. But when you enter, you see that each room is lovingly restored. The husband’s built all the furniture in his workshop. The wife has helped strip and paint the walls. It’s homely, comfortable, and has character. Running through the house are their two sons, Will and Andrew, and their dog Max.

Isn’t that a pretty picture? One of love and joy, togetherness and companionship. But, look a little closer, and you’ll see that the woman, Ronnie, isn’t entirely happy where she is. She has a major in journalism, but gave up her career to marry Jeff. Somewhere along the way, she found herself adrift, alone in the marriage, and questioning her very identity. Look even closer, and you’ll see the darkness of depression lurking there in the background. A darkness that is about to come out front and centre and destroy the very fabric of this family, and of the small town where they live.

END_OF_DOCUMENT_TOKEN_TO_BE_REPLACED Former Marine helicopter pilot Jack Morgan runs Private, a renowned investigation company with branches around the globe. It is where you go when you need maximum force and maximum discretion. Jack is already deep into the investigation of a multi-million dollar NFL gambling scandal and the unsolved slayings of 18 schoolgirls when he learns of a horrific murder close to home: his best friend's wife, Jack's former lover, has been killed. It nearly pushes him over the edge. Instead, Jack pushes back and devotes all of Private's resources to tracking down her killer. With a plot that moves at death-defying speeds, Private is James Patterson sleekest, most exciting thriller ever.

I've long been a James Patterson fan, primarily of his Alex Cross novels - those are brilliant! But it's been a long time since I read any of his novels, so when this book came across my radar screen, I thought I'd give it a go.

I dived into the book with high expectations - it's a James Patterson after all, and a series for which he is teaming up with writers from across the world. I thought it would be interesting.

END_OF_DOCUMENT_TOKEN_TO_BE_REPLACED

“Set in the future - a world where the past is a dangerous country, not to be talked about or visited - J is a love story of incomparable strangeness, both tender and terrifying.”

Kevern, a resident of a small village called Port Reuben, lives in a state of constant fear. Before leaving his house, he kicks the antique silk rug so it looks like something no one would care about, leaves a mug of tea on the table, and then carefully locks his door. But before he goes wherever it is he has to go, he looks into the house multiple times through the post flap to ensure that the house looks like it’s waiting for him to return at any minute. Why the paranoia?

END_OF_DOCUMENT_TOKEN_TO_BE_REPLACED 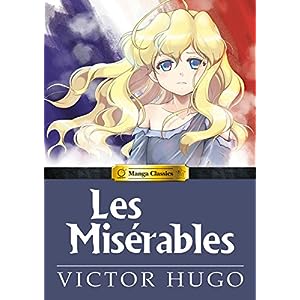 Gorgeous artwork for a classic story adapted into a Manga edition – what more could you ask for? If you’ve never read Les Miserables, or even if you have, you’ll love this book!

END_OF_DOCUMENT_TOKEN_TO_BE_REPLACED

From the back cover: Trapped for 15 years in the stranglehold of a dead marriage and soulless household domesticity, the beautiful, full-bodied and passionate Meera Patel depends on her memories and her flights of fantasy to soothe the aches that wrack her body…until one cataclysmic day in Mumbai, when she finally breaks free. Bold, brazen and defiant, Sita’s Curse looks at the hypocrisy of Indian society and tells the compelling story of a middle class Indian housewife’s urgent need for love, respect, acceptance – and sexual fulfillment.

END_OF_DOCUMENT_TOKEN_TO_BE_REPLACED

From the back cover:

Servants of the Goddess weaves together the heartbreaking, yet paradoxically life affirming stories of five devadasis – Women, in the clutches of an ancient fertility cult, forced to serve the gods. Catherine Rubin Kermorgant sets out attempting to make a documentary film about the lives of present-day devadasis. Through her, we meet and get to know the devadasi women of Kalyana, a remote village in Karnataka. As they grow to trust Kermorgant and welcome her as an honorary sister, we hear their stories in their own words, stories of oppression and violence, but more importantly, of resistance and resilience. Kermorgant becomes a part of these stories and finds herself unwittingly enmeshed in a world of gender and caste bias which extends far beyond Kalyana, all the way to Paris, where the documentary is to be edited and produced. Servants of the Goddess is a testament to women’s strength and spirit and a remarkably astute analysis of gender and caste relations in today’s rural India.

END_OF_DOCUMENT_TOKEN_TO_BE_REPLACED

Art historian Mehrunisa is back. This time, the fight is more personal – finding the Kohinoor (a set of documents that will help India to avert a major terrorist attack) is the only way she can be reunited with her father, a man she thought was dead. Thrust into the high pressure world of espionage, where no one is as they seem, Mehrunisa finds herself in Pakistan, trying to hunt down the Kohinoor.

Meanwhile, in Afghanistan, Babur Khan – a hard-lined jihadi who enforces strict Sharia laws and promises to get rid of the Poppy pashas and infidel Americans –is also hunting for the Kohinoor to ensure that India doesn’t get its hands on the document. END_OF_DOCUMENT_TOKEN_TO_BE_REPLACED

“The moment the lawyer opened his eyes he knew he’d be tired for the rest of the day. He wasn’t sure whether he’d heard it on the radio or read it in the newspaper, but he’d come across a specialist who described sleep in terms of cycles. Often the reason people are tired, the specialist explained, was not due to insufficient sleep but rather a sudden awakening before the cycle had run its course. The lawyer did not know anything about the cycles – their duration, their starting point, their ending point…” 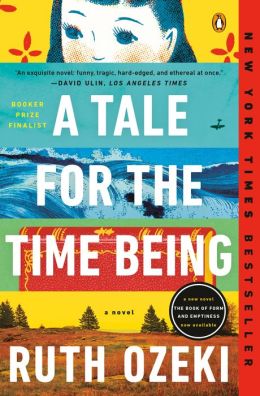 When Ruth picks up a piece of flotsam that has washed up on the beach near her home in British Columbia, little does she know that her life will be changed. For in that package, which at first glance looked liked a jellyfish, is a Hello Kitty lunchbox with a diary, a bunch of old letters in French, and an old watch.

The diary belongs to 16-year old Nao Yasutani, who wants to write the story of her 104-year-old anarchist, feminist Buddhist grandmother. But she ends up writing about her life, the unimaginable ijime (shame) she faces in school, tidbits of Zen wisdom from her grandmother, and the sheer heartbreaking despair of life – both she and her father want nothing more than to commit suicide.

As Ruth is drawn into Nao’s world, she finds herself spending all of her spare time trying to track Nao down. She desperately scrolls through information online to try and find out if Nao or her family feature in the tsunami casualty list; she runs a number of searches to try and corroborate some of the stories from Nao’s diary; and in her quest, she forgets that a decade has passed between the time that Nao wrote the diary and it washed up on the beach near Ruth’s home. END_OF_DOCUMENT_TOKEN_TO_BE_REPLACED

Can I let you in on a secret? I have seen the devil, and I know its name. Come closer, so I can whisper it in your ear.

Really. It is the devil! Because every time you promise to be good, to not get tempted by another book you simply have to read and to hell with all the other books that are piling up alarmingly on your to-read pile, there it is, with a shiny new book that you just cannot resist. And so you succumb, over and over and over again. END_OF_DOCUMENT_TOKEN_TO_BE_REPLACED

My very first oracle deck is now available to purchase! I designed The Daily Pause oracle deck to bring in some stillness, to give us a word or an idea to reflect on as we go about our day. Click on the image for more information + to purchase!

Join me for the 2021 book bingo reading challenge.

✨Art rituals✨ One of the little rituals I hav

✨Portals✨ Perhaps one of the most recurrent m

I rarely put my mug shot on here, but Hi! This is

The January 2021 new moon falls in the sign of Cap

✨Studio tour!✨ At the end of every year, I re

As an intuitive artist, I draw inspiration from al